Transportation from / to the Airport (EZE & AEP) 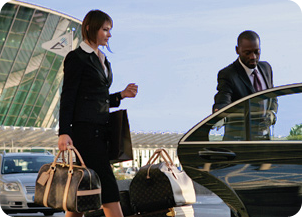 If you are arriving whether at EZE (International) or AEP (Domestic) airports, I highly suggest booking the services of a “remis” which is a private car and driver service. Basically, it is like a taxi except that they do not charge by the time but they have a flat fee based on distance. Some of the main advantages of this type of service are:

- Safety: The companies that I recommend are well known and trustworthy.
- Convenience: You don’t have to find someone with a sign in the crowds and chaos of the airport but you just have to approach the remis company stand right after Customs and before leaving the restricted area. Plus you shall pay with your credit card at their stand and being a flat fee, you don’t have to argue later with the driver about prices.
- Flexibility: If your flight is for some reason delayed or arrives earlier you don’t have to worry about paying “waiting time” for the car, since the “remis” companies are actually based at the Airport and your car will be waiting for you when your flight actually arrives.

If you are leaving the city and need a ride to the International (EZE) or Domestic (AEP) airport, it is also advised to use the services of a “remis” company, but in this case it is usually better (and usually a bit cheaper too) to hire from a neighborhood agency based within the city.

I would be happy to help you with the coordination of transportation; if you would like to receive more information, prices and such, please don’t hesitate to contact me by filling the Request Form – CLICK HERE

Getting around Buenos Aires

Buenos Aires is a very walkable city and I believe that is one of the best ways to explore the city. It also offers a very good public transport system, including buses, taxis, remis and subways.

For most public transport the National Government offers a prepaid card called “SUBE”, similar to Suica, Octopus, Oyster, etc, and can be used to travel by bus, subway or trains. Such card can be bought for around $ 20 ARG Pesos and then you just have to charge some money on it. If you do not have the SUBE card you will need COINS for the bus; for subway or trains you can get an individual pass at the ticket booth paying in cash/notes. Here’s the link to SUBE’s website (in Spanish only though): http://www.sube.gob.ar/

- Bus: The principal means of public transportation within the city for local people are the buses (“Colectivos” in Spanish). The cost for the bus will depend on the distance so you will have to tell the driver your destination, average around 5 ARG Pesos per ride. There are more than one hundred lines covering the whole city and you can distinguish them by their bus number. The best way to figure out the bus system is to buy a Guía "T". It's essentially a little book with a directory of streets, which corresponds to map pages, and has bus listings on the facing page for each map. Unless you are really adventurous, have a lot of time in your hands and/or you are travelling with a local person, I really do not suggest to take the bus since the bus drivers are usually not very friendly, do not speak much English and you could get lost if you don’t know exactly where to get off the bus. Personally I would say taxis, subways and walking are the best choices for a visitor.

- Taxis: You can easily get a taxi on the street, or you can request it by phone. These last ones are called “Radio taxis” which in general are considered safer. Taxis can be easily recognized by their colors black and yellow and they have a meter that should be turned on as soon as you get inside the car. Their rate is always in Argentine Pesos. Pay attention as some drivers “forget” to turn on the meter and later they will charge whatever they want. You can tell when a taxi is available since it will have a bright red light on the upper-left side of the windshield stating “LIBRE” (Available).

- Remis: It is the service of a private car and driver. They charge by the distance and not by the time, so it is better for medium or long distance rides. There are many reputable remis companies in Buenos Aires and while we are together I will be happy to give you a list of recommended ones.

- Subway (“Subte” in Spanish): It includes a 6 line network distinguished by letters (Line A, B, C, D, E and H). They are in general reliable and cheap too (currently 5 ARG Pesos per ride). The operating hours are 5 AM to 10:20 PM (Mondays through Saturdays) and 8 AM to 10 PM (Sundays). Such schedule may change so it is wise to re-check at the official website: http://www.metrovias.com.ar/ ; It is not widely extensive but reaches many tourist attractions, or at least will leave you close by. Being a big city, if possible try to avoid rush hour (8 am to 10 am & 5 pm to 7 pm average) and be aware of pickpockets too. 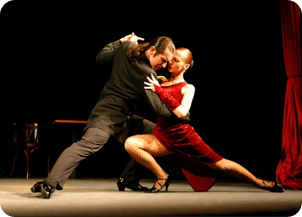 Tango is one of the most famous types of dances in the world. It was born and grew up in Buenos Aires, and of course for those visiting the city having some type of encounter with such a dramatic and passionate dance is enticing.

Buenos Aires offers a wide variety of tango venues. Personally I would say they are 3 main types of experiences related to such a romantic dance, they are all good but according to your preferences and likes you could choose between:

- Big and extravagant type of show: Performed at a big theater, many couples dancing on stage, large live orchestra and singers, professional lighting and sound system, etc. Usually transportation roundtrip and dinner are included in these types of venues.
- Medium/Small type of show: Smaller type of venue, 1 to 3 professional couples average on stage, usually no live orchestra. Neither transportation nor dinner is provided, so they tend to offer reasonable prices.
- Milonga: This is the most authentic experience related to tango. A milonga is where regular local people go to dance the tango. You will see people in their 80s doing some mellow dancing, and lively younger couples dancing too. It is basically like going to a dance club but instead of pop and electronic music they play and dance tango. Most milongas open late at night, usually after 11 pm, although there are a few others that offer a “matinee” during the afternoons. A small per person cover fee is usually charged to get a table.

If you would like to receive more information and personal suggestions for tango shows or milongas, and need assistance in booking on your behalf, please don’t hesitate to contact me by filling the Request Form – CLICK HERE 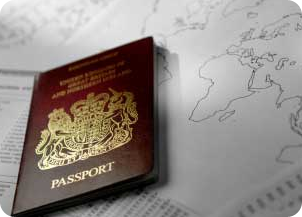 Foreigners may extend (once) their tourist visa for an additional period of time equivalent to the one originally granted upon entry. It shall be applied personally with the original passport at the National Direction of Migration on Av. Antartida Argentina 1355. The request for extension must be carried out BEFORE the expiration of the tourist visa, it is processed at the moment and it cost $ 100 for Mercosur nationals or $ 300 ARG Pesos for Non-Mercosur nationals.

For updated guidance and updated information, following the official link of the Argentinean National Direction of Migration: http://www.migraciones.gov.ar 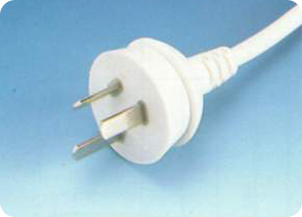 Argentina uses 220V AC electricity; power outlets feature three flat pins, similar to the Australian plug (see picture as example). If needed, adaptors to North American or European plugs can be easily found at any hardware store or sometimes even along Florida street or at the various flea markets such as the one in Recoleta or San Telmo. 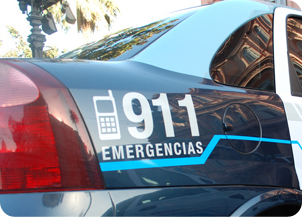 Buenos Aires is one of the largest cities in the world, and therefore visitors have to be careful as in any other major city. Basic precautions should be considered such as:

- Do not wear any flashy jewelry (rings, bracelets, necklaces, watches, etc) while walking around the city; basically nothing that looks like gold or precious stones such as diamonds. Low profile is always better.
- You do not need to carry your passport, always leave it in your hotel safe. However, it is wise to carry some other type of ID that includes a picture, such as a national ID or driver’s license.
- Be aware of your belongings while walking around or taking public transport. For those carrying a messenger bag, don’t forget to carry it facing the front, and purses always under the arm.
- Certain electronic devices such as Apple products (Iphones, Ipads, etc) are very expensive in Argentina, so being low profile with these is a good idea.
- Do not take a taxi whether waiting outside of a tourist attraction or at the front door of a bank…just go to the corner and get one driving around.
- Try always to take with you a card with your hotel / apartment rental address, in case you get lost or the taxi driver does not understand your Spanish.
- Once in a while you hear stories of a couple approaching a tourist stating that “a bird pooped” on your shoulder, and they kindly offer to help you clean (it is usually some type of shaving cream, or sometimes even mustard or something like that). And while they are “helping” they are actually going through your pockets, backpack or purse. Violence is usually not involved, so just simply say “no thank you” / “no gracias” and go away. If you see a police officer nearby, it would not be a bad idea to tell him about these people hanging out in that area looking for a “pray”.

As you see, as long as common sense is used, your trip and exploration around Buenos Aires should be a smooth and fun experience. While we are together I will be happy to give you more suggestions and safety tips too.

The Federal Police offers a “Tourist Police Station”, which receives any formal complaints from tourists in cases of offenses, thefts, petty steal, losses, etc. It also works on crime prevention. You can get information from people speaking in English, Italian, French, Portuguese, Ukrainian and Japanese. It is located on Avenida Corrientes 436, and their phone numbers are 0800-999-5000 or 4346-5748. The Government of the City of Buenos Aires also offers a toll-free Tourist Assistance Line: 0800-999-2838, a phone number to make a complaint about commercial abuse cases, thefts, offences, petty steals, losses, breach of services transactions, etc. Every day from 9 AM to 8 PM. Assistance in Spanish, English, Portuguese, Italian and French.

Medical care in Buenos Aires is in general very good. Public Hospitals are available for tourists and offer a 24h emergency service, free of charge for everyone. Following, the closest to the main tourist areas of the city:

There is also a large range of high quality private hospitals and clinics in Buenos Aires, such as:

While travelling, it is always good to have the information of your embassy or consulate just in case: (listed in alphabetical order)